Being Strategic with God in 2022 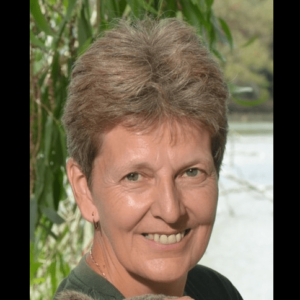 Barbara Connor was born in Scotland, but has spent most of her life living in other parts of the world. Her YWAM involvement spans four decades - half of that time in Western Europe and the other half in Southern Africa. Her main areas of involvement have been discipleship and mentoring, mobilising teenagers and families for outreach, and equipping leaders – particularly staff and leaders for child and youth ministry. She is currently the international training coordinator for KKI, which involves working with the College of Education in the U of N, and training school leaders for the PCYM (principles in child and youth ministry) course. She also works with LDC and B2 leadership seminars, as well as the FOCOS coach training programme, and she loves coaching or mentoring missionary leaders around the world. Barbara enjoys learning and worshipping in foreign languages, watching movies, reading books, or taking the dogs for a walk.

Barbara Connor was born in Scotland, but has spent most of her life living in other parts of the world. Her YWAM involvement spans four decades - half of that time in Western Europe and the other half in Southern Africa. Her main areas of involvement have been discipleship and mentoring, mobilising teenagers and families for outreach, and equipping leaders – particularly staff and leaders for child and youth ministry. She is currently the international training coordinator for KKI, which involves working with the College of Education in the U of N, and training school leaders for the PCYM (principles in child and youth ministry) course. She also works with LDC and B2 leadership seminars, as well as the FOCOS coach training programme, and she loves coaching or mentoring missionary leaders around the world. Barbara enjoys learning and worshipping in foreign languages, watching movies, reading books, or taking the dogs for a walk.

It’s the start of a new year, and that always makes me think of the fantasy story book, Alice in Wonderland.

Not because a wonderful new year full of potential and possibilities lies ahead – although that’s certainly true and is a good reason to start the year full of faith and hope. No, I think of that story because of an insight that made a big impact on my life decades ago, back when I was a teenager, and that has continued to make a huge difference ever since then.

If you’ve read the story, or if you’ve seen the old Disney animated movie, made way back in the 1950s, you’ll remember that there’s a point where Alice is walking through the forest and she meets the grinning character known as the Cheshire Cat.

“Excuse me,” says Alice, “Could you tell me which way I should go from here?”

“That depends on where you want to get to,” replies the cat.

“I don’t much care where,” answers Alice.

“Then it doesn’t really matter which way you go,” announces the cat.

That was the lesson I learned as a teenager: if I don’t really know where I want to get to, if I don’t have a sense of direction and some clear goals in mind, then it may not really matter what I do or how I move forward on my journey. As one of my high school teachers used to say, “If you aim at nothing, you’ll probably get nothing.”

And so began a lifelong habit of deciding “where I want to go,” and writing down the goals that will help me get there. At first, as a teenager, I was mainly writing personal goals for my own life. Later, once I was in Youth with a Mission, my team and I would take time to pray and write down our ministry goals for the year that lay ahead.

The start of a new year is a great time to think about where you’re heading and what you hope to have achieved by the end of it. It’s the time when previous generations used to make “new year’s resolutions,” expressing things they wanted to do, or not do, in the new year before them. Lose weight, give up smoking, spend more time with my family, save up for a new computer…. People have historically made decisions that they hoped would bring about change, growth or improvement in their lives.

New year’s resolutions are not so popular nowadays – perhaps because there’s ample anecdotal evidence that few people manage to sustain their intentions beyond the third week of January. “Why make yourself promises that you’re not able to keep?” is the attitude of many today.

It’s not such a bad question. I’ve always felt that a main reason some people dislike goals, and fail to have success with them, is because formulating goals badly or unclearly is a sure-fire way to set ourselves up for failure.

“I’m going to read the Bible more this year.”

That sounds great, but how can I really evaluate if I’m achieving it? Read more than what? If I increase my Bible reading from five minutes a month to ten minutes a month, will I be satisfied with the outcome of my goal setting? Probably not.

As a result, many of us have become familiar with the concept of SMART goals. Depending where you read it, SMART stands for specific, measurable, attainable, relevant and time-oriented… or other words that are similar. When you express your target in a way that’s specific enough to be measured, you’re more able to evaluate if you’re being successful and to make any necessary adjustments along the way.

I don’t think I’d ever heard of SMART goals when I was a teenager, but somehow I instinctively knew, or I discovered by experience, that writing down, “I’m going to read my Bible five times a week for 10 minutes,” was going to be much more fruitful than saying, “I’m going read my Bible more in 1975.” (Yes, I’m that old. Probably I was setting annual goals before you were born!)

I discovered that having goals with a deadline, goals that were expressed clearly and specifically enough to be measured, not only set me up for success and growth, but turned out to be motivating rather than discouraging as the months went by.

Last year, for example, one of my exercise goals was that I and the dogs would walk 2021 kilometres in 2021, or around 4 – 6 km a day. When we reached August and were already getting ever closer to our target – 1900 km, 1950 km…. – I could feel my motivation growing day by day. Well formulated, realistic goals will motivate rather than demotivate us.

When it came to personal goals, I always found it helpful to think of all the different areas of my life. “Spirit” goals were about prayer, the Bible and my relationship with God. “Soul” goals were about reading, studying for exams at school, learning a language or developing a hobby. “Body” goals were to do with healthy eating, getting enough sleep or enough exercise. As I got more involved in ministry projects, other areas or roles were added to my list: goals for my role as a Sunday School teacher, or as a leader in a local youth group.

Setting targets at the beginning of every new year, and evaluating my progress every three or four months, became a life habit that I carried into adulthood, into my working life and into my involvement as a YWAM missionary. I loved to look back at the end of every year and see what God had done, see how I had grown and developed in those different areas of personal goals and ministry goals.

When I got into my thirties and began to work with the Leadership Development Course (LDC), I encountered an idea that added a whole new dimension to my goal setting habits of a lifetime. Hearing a teaching about “roles and goals,” I was struck for the first time with the realisation that I don’t only have ministry roles, I also have “relational roles” and that it’s important to be intentional about taking care of those too. I had been setting goals for my personal life and for my roles as a ministry leader or school leader in Youth with a Mission, but it had never occurred to me to set goals for my role as a daughter, a sister or as a friend.

As missionaries with a passion for discipling nations and completing the Great Commission, it can be all too easy for us to neglect those equally important roles of being a spouse, a parent or grandchild. So, in the second half of my life, I’ve been discovering what a difference it makes to think in more specific terms of how I’d like to be a better aunt to my niece, or a loving and caring daughter to my elderly parents.

As we begin 2022, even amidst the unpredictability of how the Covid situation will develop in our nations, my thoughts and my prayers are focused on how I want to grow and change this year, how I want to be fruitful in the different ministry projects that lie ahead, and how I want to be a good neighbour to the people in my street who don’t know the Lord.

If you’ve never done this before, if you’ve perhaps thought that goal setting isn’t really something that fits with your personality, let me encourage you to step out and be strategic with God as we begin this new year.

1) Think about your personal life – body, mind, emotions, spirit – and how you want to grow in each of those areas.

2) Identify a handful of roles that are important to you – relational roles and not only ministry roles – and what you’d like to see happen in those areas of your life.

We’re unlikely to be successful if we’re trying to work on a dozen goals at the same time. Don’t bite off more than you can chew. You can come back to your list after a few weeks and decide which other areas you want to prioritise in February or March.

I would hate to end this year like Alice in Wonderland – with no clear sense of where I’ve been going, and no way of evaluating whether I’ve actually grown and developed during 2022. Let me invite you to join me in the adventure of being strategic and setting personal targets for the new year that lies ahead. With God’s help, let’s be the best we can be in the roles and vision that He has entrusted to us.

So, it’s the time of year again when everyone around you shares their New Year’s resolutions with enthusiasm and energy. And we all have moments to ourselves

Margins: Are yours sufficient?

To enable everyone to stay safe during the past twenty months, we’ve become familiar with social distancing and keeping the right margin between each other.

Family Life and Ministry – Finding a Rhythm that Fits

I’ve heard Darlene Cunningham teach us, “We have often been told, ‘God first, family second, ministry third.’ While this is well-intentioned, it should be, ‘God

Reading your team: understanding the personality and perspective of your team members.

“That’s what I am saying the whole time” “Yes! Me too” Have you ever had the infuriating experience of ending a long debate with a

All non-ELLC images credits to unsplash.com or pexels.com