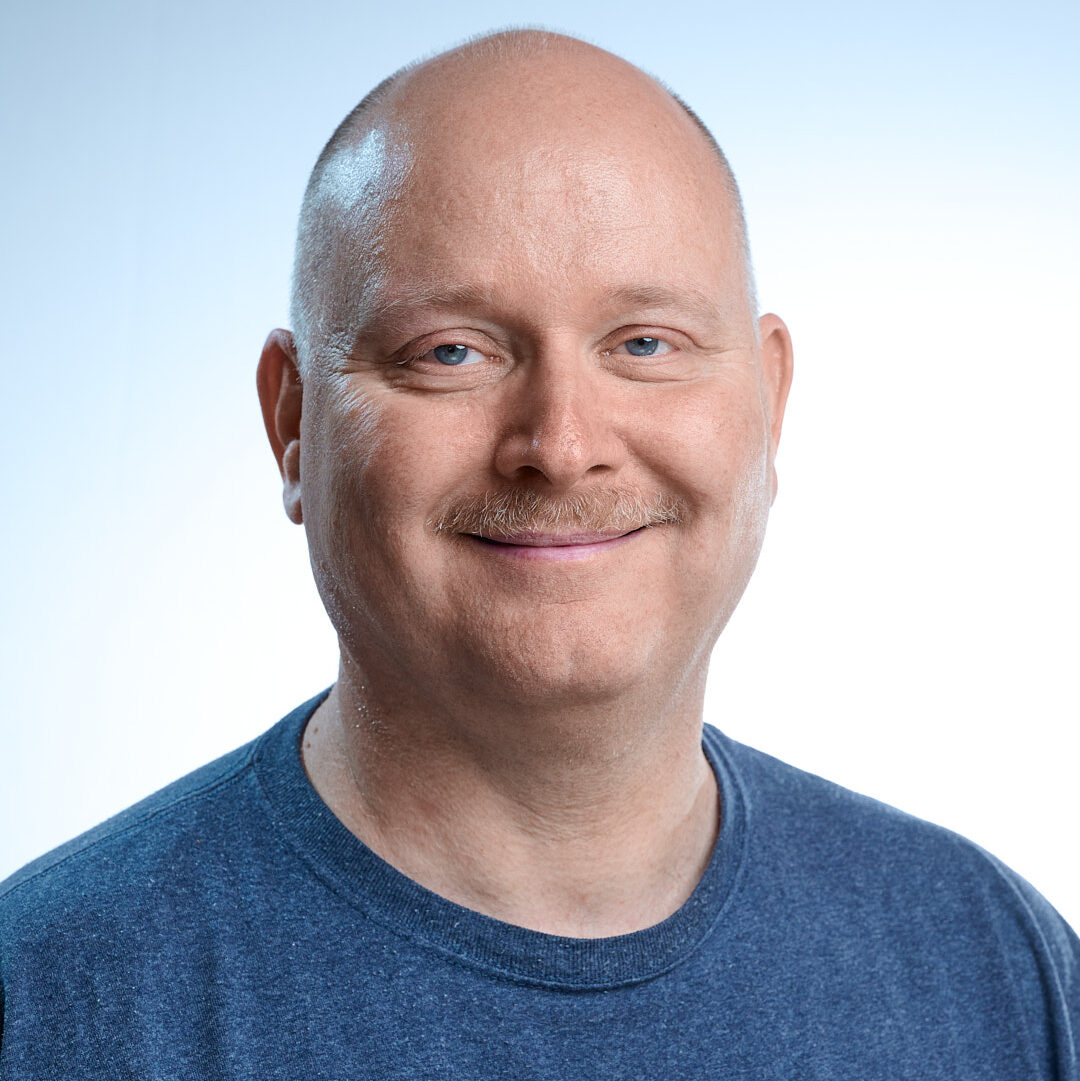 Guy Zeller, from Switzerland, is married with Joële and they have 5 children and 2 grandchildren. They've been in YWAM for the last 27 years. They repioneered King's Kids (KKI) in the French-speaking part of Switzerland and saw tremendous favour from God. They joined the international leadership of this ministry in 2010. Guy also experienced burnout and different illnesses that helped him root deeper in Christ and taught him to walk more in the grace of God than in his own strengths. He is the author of 6 books in French and is presently working on a series of 30 devotional books on God's nature and character. His heart is to raise up apostolic young leaders and initiatives. Guy and Joële are presently part of YWAM Lausanne.

Guy Zeller, from Switzerland, is married with Joële and they have 5 children and 2 grandchildren. They've been in YWAM for the last 27 years. They repioneered King's Kids (KKI) in the French-speaking part of Switzerland and saw tremendous favour from God. They joined the international leadership of this ministry in 2010. Guy also experienced burnout and different illnesses that helped him root deeper in Christ and taught him to walk more in the grace of God than in his own strengths. He is the author of 6 books in French and is presently working on a series of 30 devotional books on God's nature and character. His heart is to raise up apostolic young leaders and initiatives. Guy and Joële are presently part of YWAM Lausanne.

Well, that’s a good title, but how do we do that? And what do we mean by this term? To clarify, in my writing an apostolic leader is visionary and entrepreneurial, able to discern the giftings of others and set them in motion. And by the way, people love to follow them (and feel released and not used). They are architects who love (and need) to lay foundations; they are kingdom-focused and want to see growth and multiplication. They love to do new things in new ways.

At the same time, apostolic leaders need a benevolent and releasing community with spiritual mentors who will root them in the Word, train them to move in the Spirit and to whom they can be accountable for their character and leadership. Notice I’m not speaking about apostles, but apostolic leaders, as some leaders may have another primary gift than an apostle. But if they are regularly exposed to apostles, they will be influenced by the anointing, strengths and vision of those apostles and further enabled to move with passion and authority.

We are definitely in need to see a new wave of young apostolic leaders rising up in Europe if we want Youth with a Mission (YWAM) to stay YWAM! Apostolic leaders are not uniform, as there are different kinds: some are church or ministry planters, others are apostolic in the spheres of society and entrepreneurs to bring a kingdom culture in their vocation, others are apostolic in a specific gift, like worship or children. Some are equipping apostles; others are overseers gifted to father or mother younger leaders. Do not let the apostolic definition be so narrow that we don’t recognize them when they are around us.

Young apostolic leaders need to rub shoulders with older leaders. I see many of us older ones who tend to move out of our YWAM centres and communities, I’ve even met one who described them as “hell”. Well, if we move away, they will tend to do the same. The Gen Z needs close fathering, authentic and releasing relationships with older leaders, and this is key for their development.

Usually, the Genesis 1 principle is that we bear fruit “according to our kind”. That means to grow an apostolic mindsetand call forth and release apostolic anointing, we need to be exposed regularly to apostolic leaders. Not just to hear them once in a while, but to be able to work on specific projects with them, to experience the way they lead, pray, share vision, organize … to allow them to speak into our lives, to know them and be known by them, to watch them live the kingdom day by day. Who are the apostolic fathers and mothers we are regularly exposed to with our team? How regularly? How personal are these meetings?

Apostolic people quickly spot apostolic people. Usually, they are attracted to them. I’d like to encourage apostolic fathers and mothers to invite into their lives apostolic sons and daughters and to reproduce after their own kind.

The Lord convinced me a few years ago to invest more into our YWAM family. As an older leader, I was more and more invited to connect in global initiatives with the wider Body of Christ in my region, and I tended to neglect my role as a father in my own mission. In obedience, we moved back into a YWAM community where we now serve and relearn what it means to be community.

In my own experience, I became a Christian at 18. I was a shy young man, and you wouldn’t have bet a dime on me. I joined in an interdenominational youth group of 15 young people, and we started being coached by a YWAM evangelist. He pushed us, trained us, met with us once a month, came during our camps and events. He became our friend, invested in us, challenged us to take steps of faith. That was a lifestyle Discipleship Training School (DTS) before I ever did my DTS. We had to step out beyond our comfort zone, and the youth group grew to 150.

He trusted us – but he put the bar high. If we lower the bar to accommodate more people, we actually will lower the quality of our disciples and make our potential young apostles flee YWAM to seek another ministry where they will be more challenged. Then he challenged us to start multiplying and spreading where we were not yet. One pastor approached our leadership team, inviting us to consider launching a youth group in his city where he was pioneering a new church. With my then-future wife, when we heard the invitation, our hearts leaped. When you throw challenges at them, you will see apostolic leaders thrive and rise to the task. You will call to life their potential. Oh, we made lots of mistakes during this planting experience, but apostolic leaders are also developed through mistakes and the freedom to make them! Fortunately, we had accountability with people following up with us and helping us learn lessons from our mistakes!

To be attracted and thrive, young apostolic leaders need a clear vision, wide enough for them to feel trusted and released, not used to fill a need or a box. They need a structure that serves life, not the opposite, and a structure flexible enough to evolve with life. They need ownership. We grew up in this youth group because it was ours. We were responsible and we had the authority to make decisions. We grew up because we were a cohort; we were a team of friends, a band of brothers and sisters growing together. It’s difficult to raise up a young leader alone; we need to develop communities of young apostolic leaders in training – that’s what Jesus did.

With King’s Kids International (KKI) my wife and I love to launch regional Principle in Child, Youth and Family Ministry Schools, a YWAM school aiming to train apostolic leaders to work with the young generation and with families. The last one we did was in Summer 2022 in Nigeria, with 32 students from 16 nations. It was actually not just a school, it was an apostolic community where we laughed, prayed, cried together. We exercised faith together in some impossible situations. We listened to God together. We practised ministry together. As we developed community with an apostolic DNA, our students started to be impregnated with this mentality. They were launched into different nations, starting new ministries or developing further older ones. But a 20-year-old school leader couldn’t have launched such a platform on his or her own. They could have led a good training program, but in order to transform a good training program into an apostolic launchpad, we need older apostolic leaders, releasing fathers and mothers, to be involved and help shape the DNA, rather than controlling older folks who don’t know how to make room for others to grow.

So, we end up with something that is dear and central to us in KKI: generations living the kingdom together, leading together. Not the older ones stepping out to make room for the younger ones. Not the younger ones pushing away the older ones who kind of held on for too long to their positions. But leading together, each generation knowing their strengths and their weaknesses, learning to honour and release each other. When we add our strength, we combine our anointings. The experience of the older ones brings wisdom, security and influence to the younger ones, and the passion of the younger ones brings refreshment, creativity and strength to the older ones. This generational complementarity, cooperation and transfer is, I believe, at the heart of the challenge in front of us. But by His grace we can do it! Yes, the best is yet to come, and yes, we will see a new wave of apostolic young leaders raise up in YWAM Europe as we align ourselves with God’s DNA and priorities.

Creation Care, what can I do!

Once we start to see that caring for all creation is something that is very important to God, our next step is taking actions which