Sex, True Purity, and Almost Jumping Out of a Moving Car 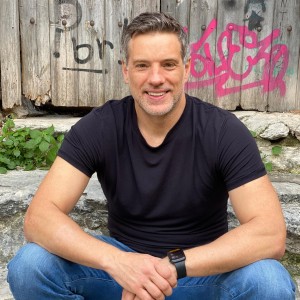 I love to write and speak for Jesus. Since 2014, God placed it on my heart to put my thoughts and passions on paper. He has taught me truckloads about life, dating, and the Christian faith since becoming a Christian almost twenty years ago. I write on many other topics besides dating like the state of the church, Christian living, communication, and conflict resolution. Periodically, I do tech reviews.

I love to write and speak for Jesus. Since 2014, God placed it on my heart to put my thoughts and passions on paper. He has taught me truckloads about life, dating, and the Christian faith since becoming a Christian almost twenty years ago. I write on many other topics besides dating like the state of the church, Christian living, communication, and conflict resolution. Periodically, I do tech reviews.

—by Eric Demeter. Adapted from the book, How Should a Christian Date? It’s Not as Complicated as You Think (Moody Publishers, September 2021). https://amzn.to/3BE5Iyy

I was eighteen and stuck in my mom’s car when out of the blue, she hit me with, “Eric, I have something to share with you. When you date, remember two things: keep it in your pants and don’t impregnate anyone.” My head spun to the window, and I calculated how many times my body would roll on the pavement if I jumped out.

The mature part of me knew she was right—I needed to avoid sex and not make any life-altering mistakes. But still . . . all I could react with was, “Mooooom!”

I’m thankful that her advice was laconic and to the point, but it left me wondering later in life if God had a more profound plan for my sexuality.

Sexual Purity Is More than Keeping It in Your Pants

Christian singles today are more confused about sex than ever. On one hand, our culture is swimming in sex. It’s all around us on the internet, magazine ads, and television shows. Worse, pornography lures behind only a few clicks on the keyboard. We are drowning in misinformation. Indeed, God loves sex, and He designed it for marriage. The Bible says that “Your bodies are temples of the Holy Spirit” (NIV). But many in a godless culture downplay sex to an essential bodily need like eating food or breathing air. But our bodies are much more than machines.

Some argue that since neither Hebrew nor Greek has a specific word for “premarital sex” between two unmarried partners, it is not addressed in the Bible. That couldn’t be further from the truth. In the New Testament, the Greek word porneía is a term used for a range of immoralities, including “seduction, rape, sodomy, bestiality, certain forms of incest, prostitution (male or female), and homosexual relations.”[1] But it’s also used to describe any type of “illegal sexual intercourse” beyond marriage, “except that between a husband and wife.”[2]

At the same time, purity doesn’t start with outside actions. I’m not talking about the kind of ring-wearing, chastity-belt-hugging, self-flagellating, superficial outer purity that seeks only to keep you out of the gossip circle. Purity doesn’t begin with sex at all; it’s a wholeheartedness toward God. Purity is a laser-like devotion to Christ and His ways. It has the singular focus of pleasing Him and living under an audience of One.

Purity includes avoiding ignominious activities—but more than that, it is a heart to know God in an uncorrupted fashion. Like the apostle Paul, we need to say, “Whatever were gains to me I now consider loss for the sake of Christ” (Phil. 3:7, NIV).  He wanted to know one thing—Jesus. That’s why the Lord said, “Blessed are the pure in heart, for they will see God” (Matt. 5:8). As seminary professor Craig Blomberg states, “The ‘pure in heart’ exhibit a single-minded devotion to God that stems from the internal cleansing created by following Jesus.”[3]

Purity is impossible to achieve on your own merits because it is the blood of Christ, not your own actions, that reconciles you to God. Indeed, it is God’s standard to wait for sex until marriage, but whether you’ve avoided hitting a home run before marriage or slept with the entire team, your state of spiritual depravity is simply too wrecked for abstinence to fix. Titus 3:5 states, “[Jesus] saved us, not because of righteous things we had done, but because of his mercy. He saved us through the washing of rebirth and renewal by the Holy Spirit” (NIV). He came to cleanse the inside of your cup.

What If You’ve Gone Too Far?

If you have been promiscuous like I was, God is offering you a giant reset button for your sexuality right now. Start by naming your sin, accepting God’s forgiveness, and committing your body to Christ, for “if we confess our sins, He is faithful and righteous, so that He will forgive us our sins and cleanse us from all unrighteousness” (1 John 1:9).

Though sexual sin can cause considerable pain, this is the exact kind of sin for which Jesus died: “Though your sins are as scarlet, they shall become as white as snow; though they are red like crimson, they shall be like wool” (Isa. 1:18). Also, “He is so rich in kindness and grace that he purchased our freedom with the blood of his Son and forgave our sins” (Eph. 1:7, NLT). Repent, learn from your mistakes, and move on. Thankfully, God doesn’t keep score, so neither should we. As Isaiah 43:25 states, “I—yes, I alone—will blot out your sins for my own sake and will never think of them again” (NLT).

Often, however, praying alone and asking for forgiveness without outside help isn’t enough to feel absolution. Sharing your struggle is the first step to freedom. “Therefore, confess your sins to one another and pray for one another, that you may be healed” (James 5:16 ESV). Depending on how much you were steeped in sexual sin, seeing a Christian counselor, pastor, or minister leader can help you heal. It’s freeing to share your sexual struggles with a caring professional. Believe it or not, I actually miss my days in the Roman Catholic Church, where I could easily visit the church and openly confess my sins to the priest.

If you’ve messed up, you can’t change the past. But you can still have a fulfilling sex life when you’re married. Plus, you can use what you’ve learned through your mistakes to help others grow and avoid the same mistakes. What Satan meant for evil, God will use for good.

How Can Young Men and Women Keep Their Way Pure?

In striving to keep my sexuality aligned with God’s design, I memorize passages like the Lord’s prayer (Mat 6:9-13), 1 John 4:4, James 5:16. Scripture memorization has helped me more than anything else. Try fasting, daily exercise, and praise and worship if you’re struggling with sexual temptation or raging hormones. And if you’re dating a godly man or woman and there’s no reason not to get married, maybe it’s time to do so. “But if they cannot control themselves, they should marry, for it is better to marry than to burn with passion” (1 Cor 7:9, NIV).

How can a young person stay pure?

By obeying your word.

I have tried hard to find you—

don’t let me wander from your commands.

I have hidden your word in my heart,

I praise you, O Lord;

teach me your decrees.

I have recited aloud

all the regulations you have given us.

I have rejoiced in your laws

as much as in riches.

I will study your commandments

and reflect on your ways.

I will delight in your decrees

and not forget your word.

Whatever your relationship status—single, dating, or married—the Lord calls us to be pure with our bodies. Start on the inside, however, and let Him mold your heart. Also, scour the Bible for passages of Scripture that you can commit to memory to rely upon in temptation. I have my favorites, but have fun finding your own. Confess your struggles to others and be vulnerable. Remember that “God opposes the proud but gives grace to the humble” (NIV).

Do’s and Don’ts on Social Media

Have you ever been on a mission trip? As Christians, we are called to make God known in all corners of the world. No country

As I sit down to write this piece, I am aware of the wealth of material available in print and online about this very subject.

The first few years after I left YWAM full-time, I felt the work that I was not doing in the church or YWAM was a waste of

The word vocation comes from the Latin word “vocaré”, which means to call or name. It is a term that has been extensively discussed amongst