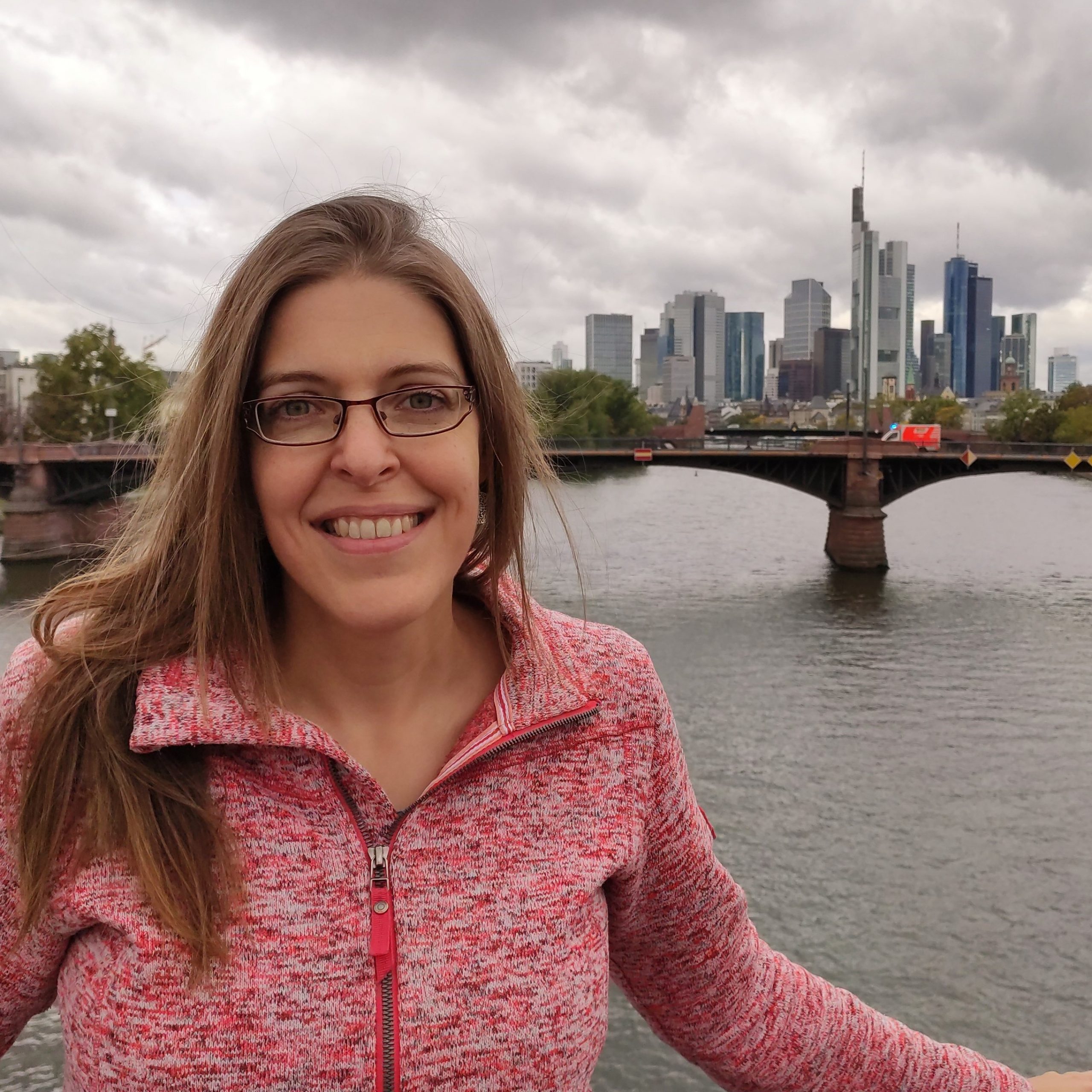 For many years, I have been a “normal” YWAM staff. I lived on a normal campus and worked in normal campus structures. Normal YWAM life: In the morning, you go to the meeting rooms or office, and depending on your ministry, you work – sometimes more or sometimes less- hours on the campus. For outreaches, you leave the campus and when you are back from outreach, you share excitedly about your experience “in the world out there”.

But then things changed. I felt that God was calling me to move to a new location. After months of prayer, I was looking at two potential locations: one location had a familiar campus structure and the other one was “something new”. Well, actually, the ministry location wasn’t “new”. It already existed for almost 40 years: YWAM Frankfurt. Early in my decision-making process, I met with the leader, trying to understand how YWAM Frankfurt functions. I had many questions: “Do you even call yourself a YWAM location if you don’t have a building?” or “What makes you a ‘YWAM team’ if many of you work in a paid job for most of a week?” Patiently the leader explained to me how YWAM Frankfurt works: A team of 10-12 people who’ve lived here in the city for a long time already. Most of them have full-time jobs and are part-time YWAM staff. …No, actually I should word it differently: they are full-time YWAM workers but their mission field is their job in society. A doctor, a banker, a midwife, a psychologist, etc. and they work in their profession with the mindset that God has placed them there to reach the people in the different spheres of society. There is no shared building but most staff live in the same suburb in Frankfurt in different apartments. The weekly staff meetings take place in the big living room of one of the families. Next to staff weekends, annually they run a certain project as a team: sometimes an outreach in the city, sometimes a seminar, or hosting outreach teams here.

Last year, they run a Mini Discipleship Training School (Mini-DTS). Within a week, they covered elements of all the relevant DTS topics and the overarching topic was how to be a Christian in the spheres be. The participants came from a broad range of professional backgrounds: university students, engineers, teachers, managers, etc. I have seen many Mini-DTSs in my past YWAM experience, but this was the first time that the DTS staff could actually share from personal experience how it is to be a Christian in society. Additionally, the invited speakers were police officers, lawyers, or kindergarten teachers who were teaching about experiences as Christians in their professions. At the end of the week, the participants gave so much positive feedback about the inspirations they took away from this one week. Practical tools, which they can apply in their daily life in their universities, companies, or other workplaces.

Over a year ago, when I had the first conversations here with YWAM Frankfurt, I had never heard about “YWAM 3.0”. Now, I am already living six months in such a fresh model of YWAM community – or “YWAM 3.0” as we call such different structures lately. In our staff meetings, I feel often so inspired to hear the stories of my fellow staff: How our doctor can speak with his patients about God’s comfort or encouragement. Or the crisis counselor who gets invited by the police or fire department for emotional support in emergency situations.

Here is another testimony from one of my fellow staff who works in a large corporate international bank here in Frankfurt: “In the bank, we have a Christian staff network who meet regularly for prayer and other activities. One of these activities is the annual Christmas Caroling. In the past, we always met in person in the lobby of the bank’s headquarter, together with a known German worship leader and a band, to sing meaningful Christmas songs. In 2020, we wondered how we could still have it because not being able to do it would have felt like a defeat. In order to turn a defeat into victory, we looked into ways of doing it digitally. As a result, the bank funded a Christmas carol concert, which was recorded and broadcast through the bank’s YouTube channel. It was a one-hour-long concert with Christmas songs, reading bible verses, speaking words of encouragement, and sharing the meaning of Christmas for these challenging Covid19 times, including an invitation to join the prayer times of the Christians in the banks. This recording reached people in many affiliates and branches all over the world. What first felt like disabling restrictions actually created a wider reach: In the past years, we usually had about 100-150 visitors joining our caroling. That year, over 7.500 people watched this YouTube recording and after the link was broadcasted, we received reactions from many countries all the way to Dubai. We received a lot of positive feedback also from our management levels. This positive experience has built the basis to repeat something like this in 2021 again for further fruit and multiplication. This experience can serve as a practical example of how “YWAM 3.0” could look. We can be present in the spheres, not only trying to reach the spheres but work in them, walk in them and talk in them; To bring in the full inheritance of YWAM into the spheres.”

For me personally… I am still trying to find my place here “in society”. To step into such a different model of community life means also to leave the comfort zone of the known YWAM bubble. But, it is worth trying such a model! It is different. It is challenging at times. Sometimes it’s hard to combine the expectations of a paid job and YWAM. Sometimes it is a challenge to keep the balance between the needs of the full-time YWAM staff and the people with a paid job. However, as I can observe here, this different model of community life gives completely new access to influence society and be salt and light in places where God has placed every individual. What a privilege not only to be involved in society but to be able to actually shape and influence it.

I want to close with a sentence from our leader here: “Sometimes, we might not seem to be so “effective” in things what other so-called “normal” YWAM locations do (for example running many different schools or seminars) but we live out exactly what God has called us to do.” Wow, isn’t this the most effective place to be: living out what God has called you to do?!

I am not sure how “effectiveness” is measured in missions, but I see how the staff here are able to reach people who probably could not be reached otherwise.